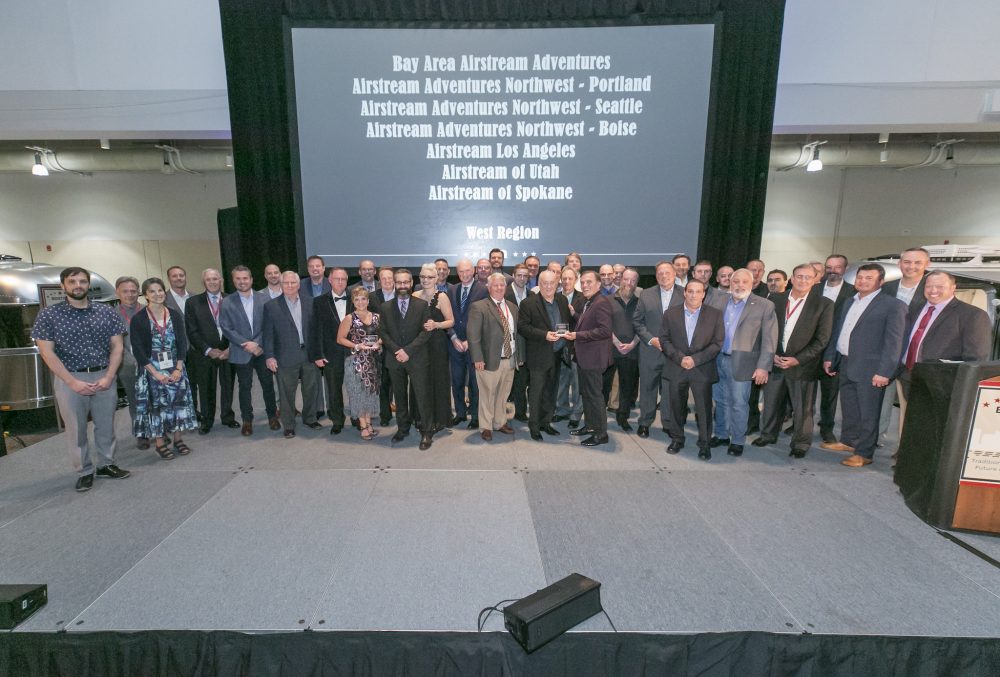 Jackson Center, OH (May 22, 2019) – Airstream, Inc., maker of the iconic “silver bullet” fleet of Airstream® travel trailers and best-in-class touring coaches, today announced its top dealer rankings based on retail units sold between May 2018 and May 2019. The awards were announced at the company’s annual International Dealer Meeting in Boston, MA, last week.

“Airstream’s success is possible in part because of the efforts of our incredible dealer network,” said Bob Wheeler, President and CEO of Airstream. “We are pleased to recognize these dealers and award their hard work and contributions.”

Below is a complete list of this year’s winners:

The Five Rivet Program is an Airstream Dealer Program that identifies and rewards dealers providing the best customer experience and support in the categories of branding, sales, delivery, service, and loyalty. Dealers qualifying as a Five Rivet Dealer have met stringent requirements to improve the customer experience from the time the customer becomes interested in a product, though the sales process, delivery, warranty period, and beyond. Winners will be indicated on www.airstream.com with the coveted Five Rivet status logo.

“The Five Rivet program is now heading into its third year of existence. We will continue to improve the program requirements over time with the goal of offering the best customer experience from beginning to end,” said Lenny Razo, VP of Sales at Airstream. “Every year we honor our top selling dealers. Airstream will now also begin rewarding dealers that meet or exceed the Five Rivet Dealer standards.”

For more information about Airstream and its product lineup, please visit www.airstream.com.